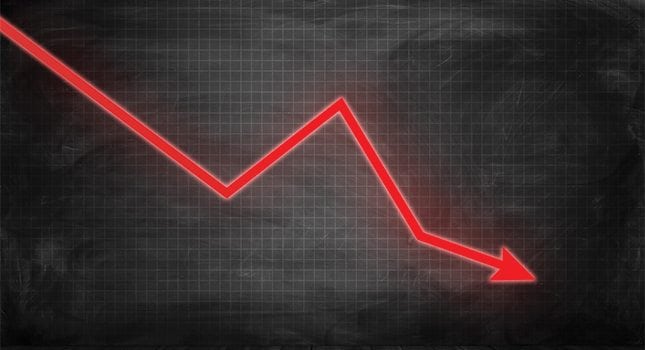 U.S. gross domestic product (GDP) declined at an annual rate of 4.8% in the first quarter, with closures in the second half of March more than making up for the modest growth at the start of the quarter, according to a report by Dean Baker, senior economist. at the Center for Economic Policy Research. This is the largest drop since the 8.4% drop recorded in the fourth quarter of 2008, following the Lehman collapse.

â€œSince these declines only reflect the impact of the closure in the second half of March, which is about an eighth of the quarter, it is certain that we will see much larger declines in the second quarter, where the closure will be fully effective for about a third of the quarter and in effect partial for the remaining two-thirds, â€Baker reported. “Nonetheless, these declines are instructive in letting us know which areas are causing the contraction and where we might expect a strong recovery when restrictions are relaxed.”

The most significant factor behind the decline in services was a decline in health care services, which subtracted 2.25 percentage points from growth for the quarter. This likely reflects people delaying scheduled exams, dental care, and elective procedures. There should be a strong recovery in demand in this area later in the year.

Spending at restaurants fell at an annual rate of 29.7%, slashing growth by 1.61 percentage points. â€œWe’re sure we’ll see a much steeper drop in the second quarter as restaurants are at the center of the shutdown,â€ Baker wrote. Transport services fell almost as sharply, declining at a rate of 29.3%, although this only reduced growth by 0.74 percentage points since this is a considerably smaller share. economy. These sectors are expected to experience a weaker recovery than healthcare as people will still be reluctant to visit restaurants and fly even after the restrictions are lifted. They are also likely to have reduced capacity due to security concerns.

Lower spending on motor vehicles subtracted 0.95 percentage points from the quarter’s growth. This is an area where there is likely to be a sharp turnaround in the second half of the year. People who postponed buying a car during the shutdown will likely look to buy one when the economy reopens. This pent-up demand will likely offset the reduction in demand that we are sure to see due to the high unemployment rate as the economy reopens.

Non-residential investment fell at an annual rate of 8.6%, giving us a final glimpse of the impact of the Trump administration’s corporate tax cut before the data was completely overwhelmed by the impact of the pandemic. The share of investment in GDP in the first quarter was only 13.0%, compared to 13.2% in the quarters immediately preceding the 2017 tax cut.

The weakness in the first quarter is largely not due to the close. Investment in non-residential structures fell at an annual rate of 9.7%, while residential investment increased at a rate of 21.0%. The closure in mid-March was not the factor holding back construction during the quarter. Investment in equipment fell at an even higher rate of 15.2%, but this was a continuation of declines from the previous two quarters. (Structural investment had fallen over the previous three quarters.) Clearly, there was no investment boom induced by the tax cuts.

This price data in this report should allay any concerns about mass deflation. The aggregate price index of GDP increased at an annual rate of 1.3%, the same as in the fourth quarter of 2019, while the core personal consumption expenditure (PCE) deflator increased at an annual rate 1.8%. While the shutdown only affected prices in the second half of March, if there was a sharp drop in the items people actually buy, we should see evidence of that here. It is likely that we will see inflation issues as closures are removed, as supply constraints will lead to both higher unit costs and excess demand in many areas.

â€œThe bad news in this report was widely expected, and we can be sure the next one will be even worse. The big issue at this point is whether we can see a healthy recovery when the restrictions are lifted, â€Baker concluded.