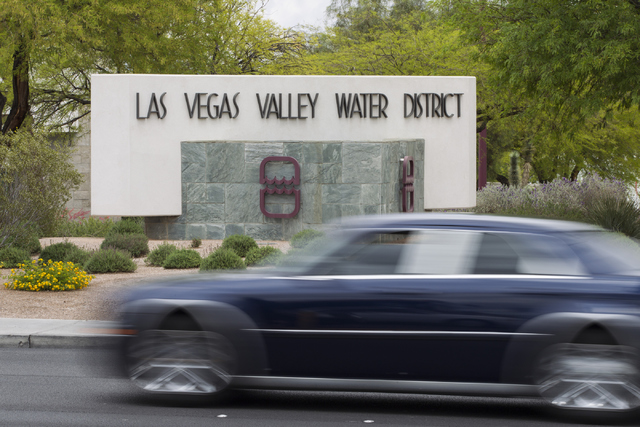 A Las Vegas Valley Water District committee recommended increasing service charges and rates, which would increase the average monthly residential water bill by 75 cents starting in February. The district would use the money to finance the maintenance, repair and modernization of the district’s water distribution system.

With the new consumption-related tariffs, customers who use less water will see smaller increases than larger water users.

According to the proposal, the district’s rates and service charges would increase by 3% on February 1, and increase another 3% on January 1, 2018.

As of January 1, 2019 and in the years to come, water tariffs and service charges would be adjusted for inflation based on the consumer price index, with limited increases between 1, 5% and 4.5%.

The water district has a water tariff increase calculator on his website which allows customers to plug in their account type, meter size and water consumption to determine the amount of their bills under the new rate schedule: https://www.lvvwd.com/apps/rate_compare_2017 /

Average residential customers who use about 10,000 gallons per month will see their bills increase to about $ 43.50, Mack said.

The district’s citizens’ advisory committee recommended the increases because the water system in some areas is over 50 years old and will require major maintenance and replacement projects in the coming years to address issues such as leaks in water pipes and connections. The district is also modernizing water meters with backflow preventers to comply with a state mandate.

The committee also recommended to the district:

* Charge customers who are late for registration fees and privilege release fees.

The Water District provides water service to over 1.2 million people in southern Nevada. The advisory committee met nine times after its creation in February to assess the system and make recommendations on service rules and water tariffs. Public workshops on the proposal are scheduled for November 30 and December 13.

At its December meeting, the district administration board could hold a public hearing on the proposal for January. If rate increases are approved to go into effect in February, they would be reflected on customer invoices starting in March.